Hello Fayes readers,
My apologies for not having written in a while. Real life was distracting from what's really
important: internet life.
Anyway, I was thinking the other day about how I miss the constant access to movies that I got through working at Fayes. I'm currently very behind when it comes to what's in theatres, what just came out on DVD, etc. However, I do try and make it to the movie theatre on occassion, and lately I've been watching a fair number of movies online. Illegally. That's right, world. You heard me.
Here's what I've been (or not been) watching lately, and what I think about it:
1. NORTH FACE

Check. Very enjoyable, very sad. Kind of a downer, you could say. I stopped in to the Sunshine Cinema on a rainy day and it was a choice between this and another Almodovar movie in all red tones with Penelope Cruz. The choice was easy.
2. THE RUNAWAYS

These are the real Runaways. I haven't seen this, and I don't plan to. Yes, The Runaways are deserving of a movie tribute, but a good one. Not one with the Twilight chick and the Cat in the Hat girl. I assume most of us are in agreement on this one?
3. NIGHT AND FOG

Whoa, this was a seriously heavy film. I don't know what I was expecting, but it seems like we easily get desensitized to the horrors of the Holocaust because we hear the same stories repeated over and over again. This film really reached out and slapped some awareness back into the viewer. This is an enormous dose of emotion and depressing imagery squeezed into 40 minutes. However, the narration is eloquent and beautiful, even when played over the mix of photographs and film clips from the events and from the filmmaker's visit after the fact.
4. THE LAST DAYS OF DISCO 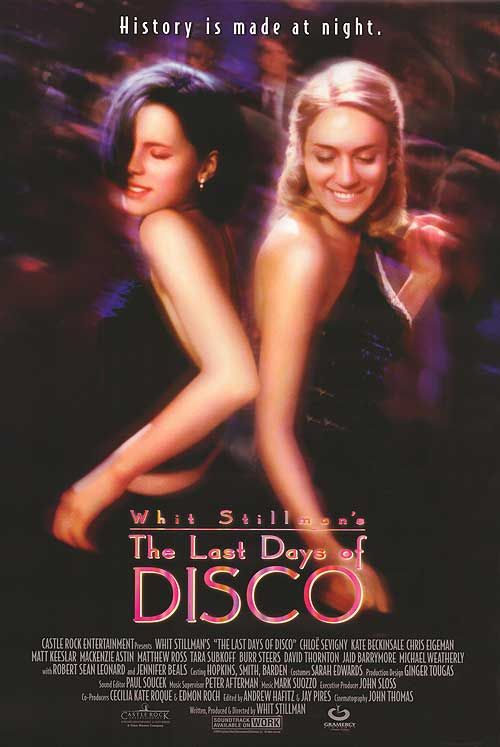 I had to watch this recently for a class because I was analyzing Metropolitan and I needed another source by the same director. All I can really say for it is, it's not nearly as bad as the cover would lead you to believe.
5. COP OUT

I was somehow persuaded to see this after watching Tracey Morgan on The Daily Show with Jon Stewart. It wasn't worth it. I could've done without the extra hour of plot and character development, and instead watched a succession of dumb Tracey Morgan clips. I would've paid to see that.
6. THE FANTASTIC MR. FOX Excellent. I wish I could dance like that. This movie made me very happy.
7. THE HURT LOCKER A thoroughly mediocre movie, in my opinion. I found it to be unimpressive. It certainly didn't deserve any Academy Awards. I understand that social and political awareness appeals to the public and to the Academy in a film, but watching this movie sweep the Oscars gave me flashbacks to the year Crash won Best Picture. Don't get me wrong, this movie was leaps and bounds ahead of Crash in quality and tolerability levels, but there were faint echoes of an undeserving hot button issue movie winning for subject matter over merit.
I know it was supposed to be exciting to watch Katherine Bigelow become the first ever female recipient of a Best Director award, but ladies, wouldn't it be so much better if she actually deserved it? It just diminishes the value of the award when it's given only to be revolutionary and groundbreaking, not for true, great directing. I am speaking as a female, supportive of other creative females out there.
There you have it, Fayes readers. Your dose of Nina was long overdue. Hope you enjoyed my incredibly insightful reviews and don't feel compelled to harass me over the world wide web for being a lady hater.
Love,
Nina
Posted by fayes video at 4:05 PM