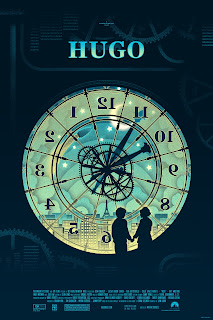 Hugo
Hugo is an orphan boy living in the walls of a train station in the 1930s in Paris. He fixes clocks and other gadgets as he learned to from his father and uncle. The only thing that he has left that connects him to his father is an automaton that doesn't work. Convinced that the automaton contains a message from his father, Hugo goes to desperate lengths to fix it.
Nominated for 11 Academy Awards including Best Picture! Winner of 5 awards by the end of the night including best cinematography and best art direction. 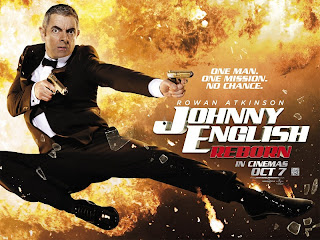 Johnny English: Reborn
Sequel to the original spy spoof starring Rowan Atkinson. Kate Taylor of the Globe and Mail calls it "funny enough to make you laugh and plausible enough, in an exploding-umbrella type of way, to make you care."
Posted by Katie Hood Morgan at 9:00 PM