Posted by fayes video at 6:29 PM No comments:

Tonight is a movie night

I was feeling kinda mushy today until a favorite customer came in and cheered me up.  She told me to watch a good movie tonight.  What movie will it be?  Teenwolf, of course!  Man, Micheal J. Fox as a middle-class teen with middle-class teen issues finds out that not only does he have a $5 haircut, but that he is also a teen WEREWOLF!
I mean, can it get worse than that?  First off, Boof is crushing on him and he just likes her as a friend, then he's got Styles who won't stop scheming and getting him in trouble and his Dad just doesn't understand!
Not to mention the sound design is fucking awesome and MJF break dances and car surfs to the Beach Boys.  Come on.  this movie is great!
Posted by fayes video at 4:29 PM No comments:

Posted by fayes video at 6:43 AM No comments:

Posted by fayes video at 9:53 AM No comments:

You Can't Outrun the Cat~2010 Trailer

Posted by fayes video at 2:20 PM No comments:

Life is cyclical and you never know if something will retain it's prior glow.  That's why Midnight for Maniacs is so special to me. 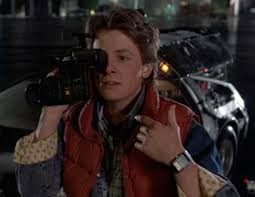 Jessie Hathorn Ficks, who has been curating film since he was a teenager, brought to the screen last night a new 35mm print of Back to the Future for it's 25 year anniversary.  I was 3yrs old when it was released, but I was there none the less.  In fact, my father assures me that B2TF is the first film I ever saw.  Jessie taught me film history is a way that makes you feel less like a student and more like the quiet friend who let's the more enthusiastic friend ramble.  He speaks of cinema with a very loving lilt, maintaining that good and bad are very subjective.  One of his favorite films of all time: RoboCop.

A childhood fantasy of mine, and I still hold it today, is to edit all three B2TF's together into one long movie.  My solution to the Jennifer problem is to start with the original and at the end of part one bring in Elizabeth Shue.  I think enough time would have passed by then to not be bothered by the change in Jennifer's appearance.  Growing up this was never possible even on SLP with VHS.  Now with multilayer DVD's and DVD ripping software realizing my childhood fantasy doesn't seem so impossible. 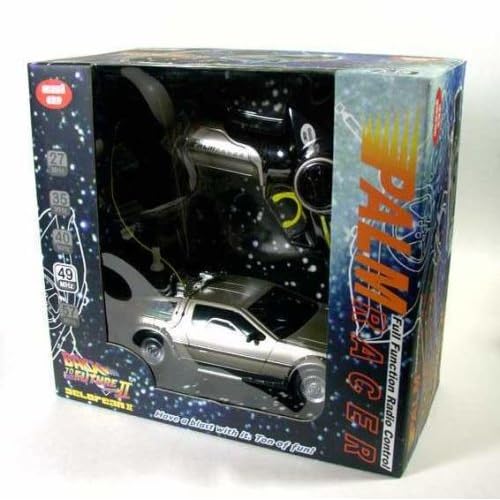 For Christmas my grandmother, who lived in Florida and whom I had never met, would send my older brother and I remote-control toy race cars.  And in the back yard we would recreate the scene where Doc Brown sends Marty back to 1985.  We would use wire coat hangers and jam them into the back of the car to simulate the "big pole and hook."  Usually by New Years we had run enough electricity into our toy DeLoreans that the back melted away and we moved on to playing Indiana Jones with the dog.

I've watched B2TF more times than I can count, but always on TV after that first screening 25 years ago.  I wasn't sure if it would be like all the other times, me reciting every line of dialog and pointing out little details to my partner who has only seen it once before, or if it would be something new.  Half way through I started to nod off, something I never do to movies, for fear of missing something, but last night I felt so comfortable there with all my old friends up on screen to watch over me.  I felt the way the character Book describes dieing in Soylent Green, "...going home."

Kudos to Mr. Ficks for recognizing what a wonderful piece of cinema B2TF truly is and kudos to M. J. Fox for teaching me how to fight, love, be a friend and drive really fast.
One last thing, a year ago I read the original screenplay for B2TF.  It was terrible!  Mind you, this is not the shooting script, this was the original that got the ball rolling.  Too much exposition, dialog more canned that infomercials, ridiculous plot twist and so on.  However, it had all the flashy special effect stuff in it.  (You can read it here) It goes to show that the big budget, the marketability, of the film was not what made the movie great.  It was casting, directing and acting.  The story came along, as all good stories will do, from rehearsals and the script was refined to the tightly crafted perfection that it was by the first take.  B2TF might not be as visually dazzling without the speed, chases and explosions, but we don't watch it for that anyway.  We watch it for the details.  Twenty five years later B2TF shines even brighter that before.

Posted by fayes video at 9:17 AM No comments:

Will there be bins?

Nick Kinsey, associate director of concessions for the city park system, adds, “The vendors going into Dolores Park will be responsible not only for their own trash, but for any trash within a hundred feet of their cart.”

Fayes is up on Fbook, yo!

We are friendly people.  We have faces.  Friend us on Facebook.
One of the things you'll find up there on FayesFB is a clip of two Fayesers faced and dancin'

if you follow this link.
Posted by fayes video at 6:44 PM No comments:

Awesome Customers and their crazy schemes

Our pal Chuck McCall is featured today as a favorite customer at Fayes.

Short fact sheet on Chuck:
-Inventor- holds many patents to devices and ideologies that will only bring the end of humanity closer, I'm sure.  Sorta a Dr. Strangelove for our time.
-Travels to Malaysia and other exotic locales to tell people how to do their job.  Also traves to Fayes to tell us how to do our job.
-Drives a cool old convertible so people won't know that he's completely void of personality
-Has an awesome wife named Jessica.
-Likes to garden when he's not harassing Fayes customers who are just trying to read the $6 NY Times on the bench on Sundays

Scheme:
Chuck doesn't like tomatoes, but loves to grow them.  When he is trying to get rid of some of his little tomatoes he likes to bring in a few to Fayes and runs contests for other customers.  So far he's done "Buy an Iced Coffee get a free tomato" and "Guess Patrick's weight and get a free tomato."  The tomatoes are really good.   Here are the stats: Free Tomato with Iced Coffee Purchase- Didn't entice customers to buy the iced coffee, but the reg iced coffee drinkers were really stoked.  Guess Patrick's Weight- three people got within 2lbs of my weight, but I let a few people have a tomato even when they were off by more than 2lbs.  All and all I think the tomato give aways at Fayes are a hit.
Thanks Chuck.
Posted by fayes video at 9:19 AM 1 comment:


I saw this last night.  It is not playing anymore in SF, but maybe Fayes will get the DVD.
Here HERE is a nice interview with the director.
Posted by fayes video at 1:27 PM No comments:

We recently arranged our feng-shui to make the store more flowy.
Check it! 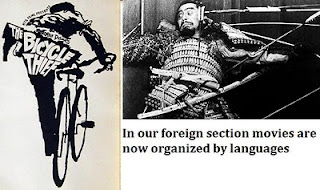 Posted by fayes video at 1:02 PM No comments: