"George Lucas may be the godfather of the obsessive-compulsive, encyclopedic approach to movie consumption, but the current object of obsession is his friend and colleague Steven Spielberg. Just ask J. J. Abrams — or go see his 'Super 8.'"

Great article in the New York Times discusses the multiple late-70s and 80s film references in "Super 8," in theaters now. In particular, A.O. Scott points to "Close Encounters of the Third Kind," "E.T." (both directed by Spielberg) and "The Goonies" (directed by Richard Donner from Spielberg's story). "Super 8" capitalizes on fans' knowledge of these films.

"At Salon.com the critic and filmmaker Matt Zoller Seitz has enumerated, extensively though probably not exhaustively, the movie’s Spielbergian motifs. These include large themes (“daddy issues”), visual patterns (“flashlights or searchlights as harbingers of impending doom”) and camera techniques (“God’s-eye point-of-view shots”). It is, of course, perfectly possible to enjoy “Super 8” without hunting down these echoes, and also possible to be distracted and annoyed by them. But whatever you make of them, it is clear that all those reminders of 1970s and ’80s vintage Spielbergiana — of “Close Encounters of the Third Kind,” “ET: The Extra-Terrestrial” and “The Goonies” (directed by Richard Donner from a story by Mr. Spielberg) — are part of the design, and intended to be part of the fun, of Mr. Abrams’s film. "

We have a great selection of Spielberg films here at Fayes so come in and bone up on your Spielbergania before you go see "Super 8" in theaters!
Posted by fayes video at 10:18 PM No comments: 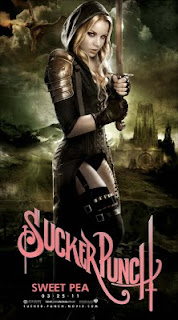 Posted by fayes video at 4:44 PM No comments: 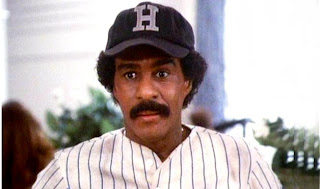 Posted by fayes video at 5:24 PM No comments:

the dark hole warrior
gathers his tools
where is the flash light?
he found it

down the hole he goes
searching
ow! burnt by the steaming wand
he's got a poll now

i think he's got it but
shit, two handed poll and tape stick
no luck, he's getting nervous glances
i don't know if he will complete his task

getting frustrated in the dark
there are only so many things you can do
with a tape measure
Posted by fayes video at 6:24 PM No comments: 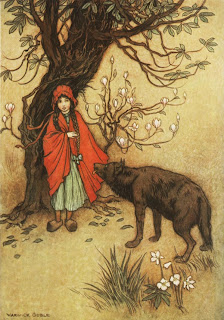 Posted by fayes video at 4:02 PM No comments:

Know your Faye's crew! by Katie 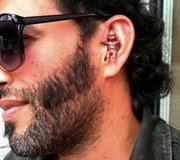 What is your full name?
Alfonso Alejandro Kellenberger

Where were you born?
I was born at the Kaiser in La Mesa, San Diego County , CA

Who would play you in the movie of your life?
Vincent Gallo with Ray Liotta or Keanu Reeves doing the voiceover.

What was the last movie you saw in the theater?
Paris after Midnight. I attempted to go see Tree of Life but they weren't taking passes yet...

What would your last meal on earth be?
It's gonna be as much Spanish ham (jamon serrano) as I can fit in me.

If you were a salad, what kind of dressing would you have?
Ranch with bacon bits!


If you could have dinner with any famous person, living or dead, who would it be?
Toulouse-Lautrec, but only if we could get drunk.

What question should I ask you?
Are we done here?


Are we done here, Alfonso?
Seems like it.
Posted by fayes video at 6:13 PM No comments:

Here at Fayes we don't often like to take credit for other people's accomplishments, but sometimes... it's just makes us feel good. So things that we have done in the past that you may have not known about:


we started this trend: and we invented this:

we also invented clapping among others

So, come into fayes, you owe us.
Posted by fayes video at 4:27 PM No comments: